Is Aloe Vera Really That Good for Your Skin? We Investigate

When it comes to skincare ingredients, some truly impressive ones are often overlooked (like azelaic acid, for instance), while others are, well, a little overhyped. One ingredient that has amassed a large following from convincing testimonials is aloe vera. The ingredient has been used in many different cultures throughout history for its healing properties and has been touted as a miracle ingredient for everything from treating acne to improving wrinkles, but does it deserve all the praise it gets? Before you replace all your skincare products with a bottle of the green gooey gel, find out what skin experts have to say about which benefits have been proven to be true. We turned to dermatologist Marnie Nussbaum, MD, and cosmetic chemist Perry Romanowski to explain whether aloe vera is the cure-all ingredient it's said to be (or whether it's a little overrated). Keep reading to find out about the possible skin benefits of aloe vera.

Who should use it: In general, anyone looking to soothe burns, including sunburn and windburn, and moisturize their skin.

How often can you use it: Nussbaum recommends applying it two to three times daily.

Works well with: To increase the calming benefits, Nussbaum suggests using it with anti-inflammatory ingredients.

Don't use with: Nussbaum says to avoid using aloe vera products that also contain alcohol, which will negate the moisturizing, soothing effects of the aloe, and also avoid combining it with chemical exfoliants, which could worsen any stinging or irritation. If you have a burn, Nussbaum advises against using it with an ointment or petrolatum, which will trap the heat inside.

What Is Aloe Vera?

Aloe vera is a naturally derived ingredient known for its soothing properties. It can come in powder, liquid, and gel form and can be found in products like creams, moisturizers, gels, and masks. The leaves of the aloe vera plant are made up of three layers: the inner gel or mucilage (which is 99.5% water), the middle latex layer, and the outer layer or rind. So how did aloe vera get its reputation for being a magical cure-all ingredient? That likely has to do with the fact that the other 0.5% is made up of a wide range of chemicals. "Aloe is rich in vitamins, amino acids, polysaccharides, and phytosterols, so it has all these calming, great properties," Nussbaum says. "Additionally, it has vitamins A, C, D, and E, and it also has minerals, like zinc, potassium, and magnesium, so it really is this rich gel or extract that can be used for a variety of things," Nussbaum says.

Despite all the anecdotal testimonials about the miraculous effects it has on the skin, there's not enough medical research to support most of these claims. Romanowski says when it comes to its actual benefits, there are two main functions: to soothe and moisturize the skin. Nussbaum adds, "There are tons of uses for it, and it’s great for face masks and calming, but it’s not better than other things we have, like vitamin C and niacinamide. It’s a safe thing to use for the skin for hydration and anti-inflammatory, but it’s not an end-all, be-all."

Benefits of Aloe Vera for Skin

Although most of the claims are not proven through scientific studies, the skin experts say that aloe vera does have a few main benefits:

Side Effects of Aloe Vera

As is the case with any ingredient, Nussbaum says it's possible to have an allergic reaction to aloe vera, so she recommends testing it out first before applying it all over. She adds that if you have a sensitivity to it, you can experience itching or slight burning or develop rash and hives, in which case you should stop using the product immediately.

"If there is any benefit to using aloe topically, you are much more likely to get those benefits from using a treatment directly from a plant versus using a formulated product," Romanowski says. "The amount of aloe in formulated products varies widely, but the vast majority of products have only a tiny bit of aloe in them."

Nussbaum also recommends using the plant for something like a DIY face mask, but because of the risk of stinging from the use of the plant, Nussbaum suggests a formulated gel product instead when dealing with a burn. To best apply aloe vera in the instance of a burn, Nussbaum suggests taking an anti-inflammatory orally to calm the inflammation, then applying the aloe vera two to three times daily. "You can even put the gel in the refrigerator to get that cooling sensation and reduce the inflammation even more," Nussbaum adds.

As previously mentioned, aloe vera comes in a powder, liquid, and gel form. As explained by Romanowski, "The raw material typically starts out as a liquid or gel, depending on what type of plant extract they take. To make a powder, the water is evaporated off. But when companies make aloe products, they either add powder to a liquid or add a diluted version of the stuff that comes from the plant." As far as how the different forms are used in cosmetics, Romanowski says there isn't much of a difference, but that the decision is mostly an economical one.

In addition to topically, aloe vera can be consumed orally. However, Romanowski says, "There isn't any evidence that drinking aloe will help skin or hair." Nussbaum adds, “I would not suggest taking it orally at all to help the skin. It’s much more effective used topically on the skin.”

The Best Products With Aloe Vera 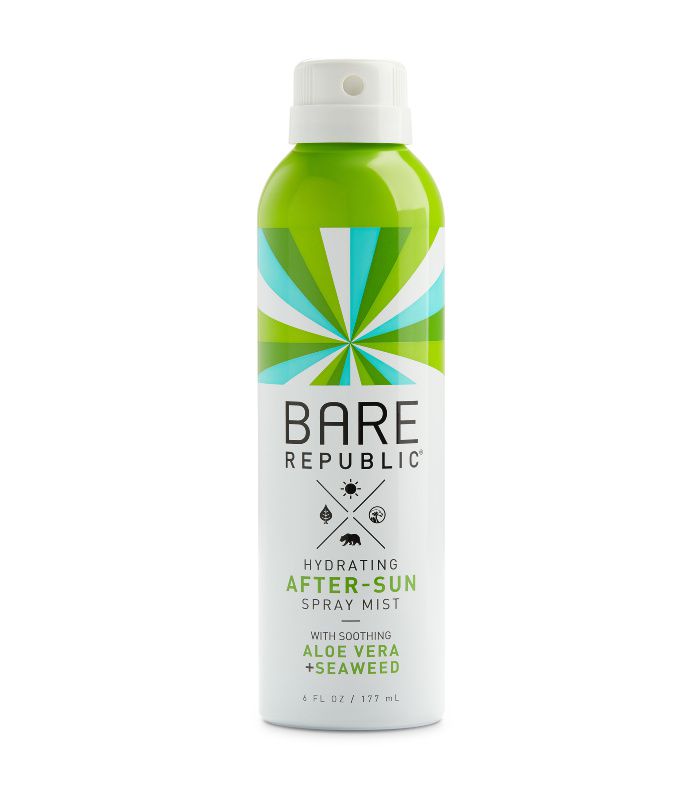 During the summer months or a beach vacation, Nussbaum recommends keeping this aloe vera spray mist on hand. "It's important after the sun to help calm any inflammation that may come out," Nussbaum says. "It has aloe, mint, and chamomile, which are great ingredients that go together, and it's really soothing and hydrating." 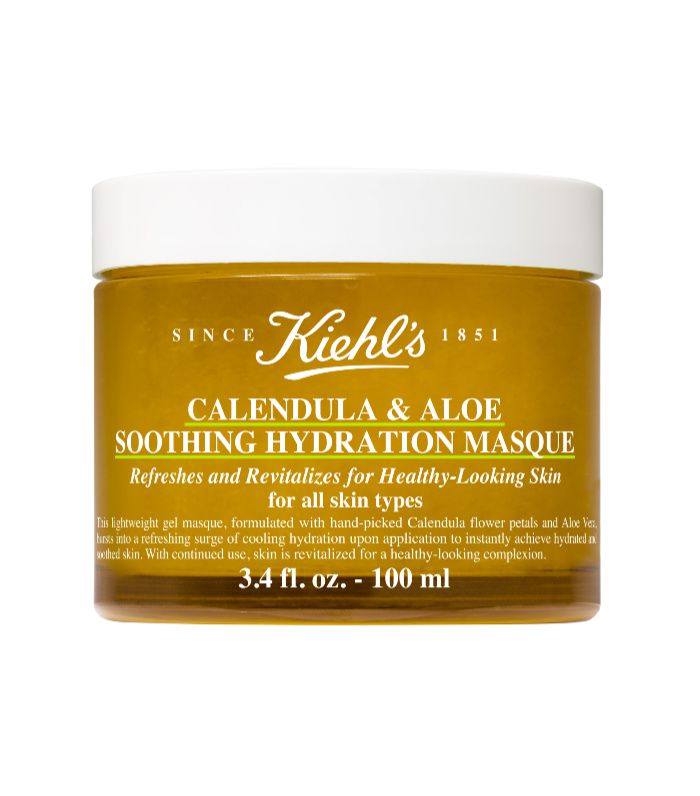 For the colder months of the year, Nussbaum recommends using this hydrating mask for inflamed or irritated skin. In addition to aloe, this formula relies on calendula (an ingredient Nussbaum says works well in conjunction with aloe vera), to soothe the skin. "It’s amazing for winter," she says. "It’s not for a burn, but if you have dry skin that’s getting irritated or inflamed from the elements, it’s a great product." 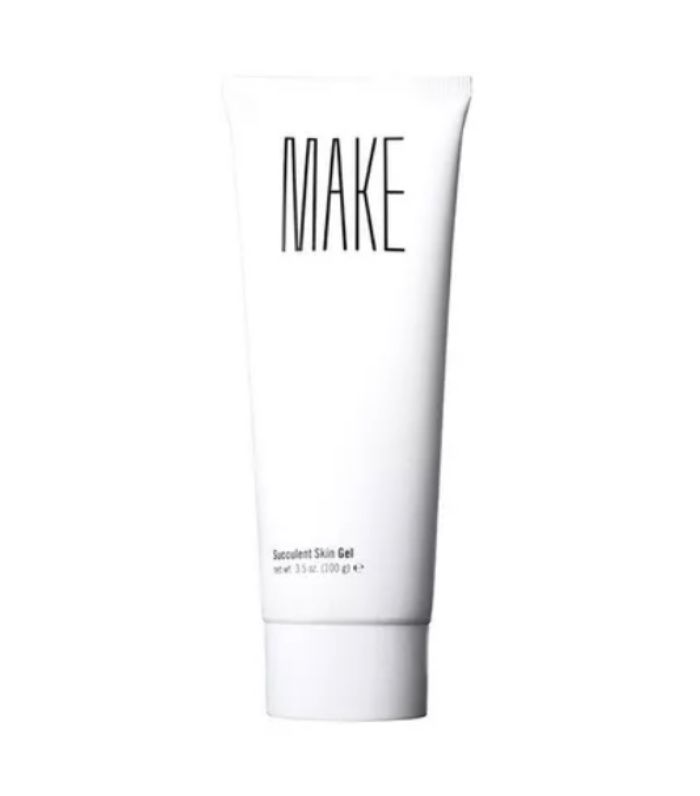 In this gel formula, aloe vera works together with antioxidants and skin-soothing ingredients, like prickly pear, tocopherol, chamomile, and calendula, to calm sensitive, damaged skin. It works equally well for sunburns and windburns, which makes it an ideal product to pack for both a trip to the beach and the mountains. 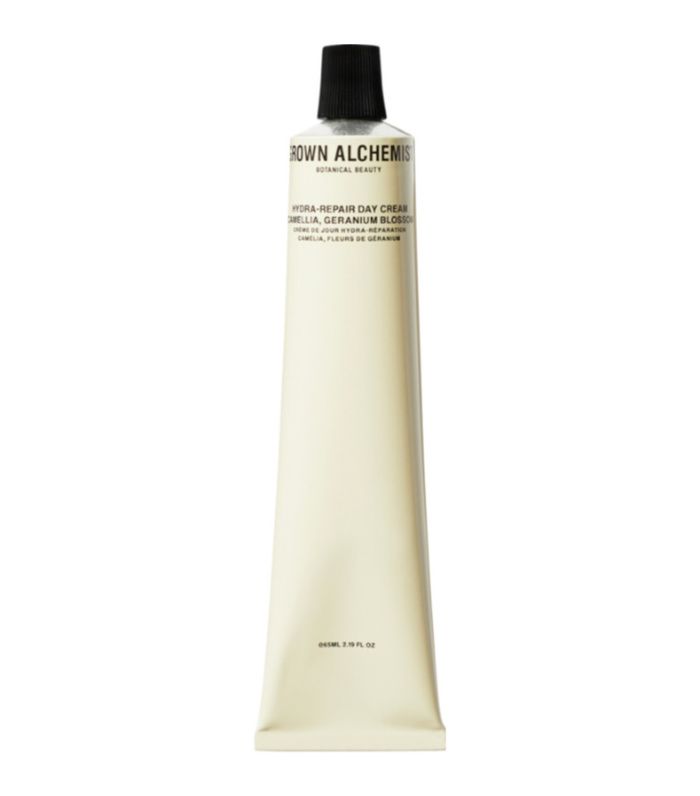 One downside to nourishing face cream is the inevitable shine it leaves behind, but not this one. Even though it contains rich skin-loving ingredients, like jojoba and rosehip oils, and, of course, aloe vera, this daytime moisturizer gives the skin's complexion a slightly matte finish. One Byrdie editor says the lightweight, hydrating formula also layers nicely under makeup, but thanks to this product, she no longer needs to wear foundation. 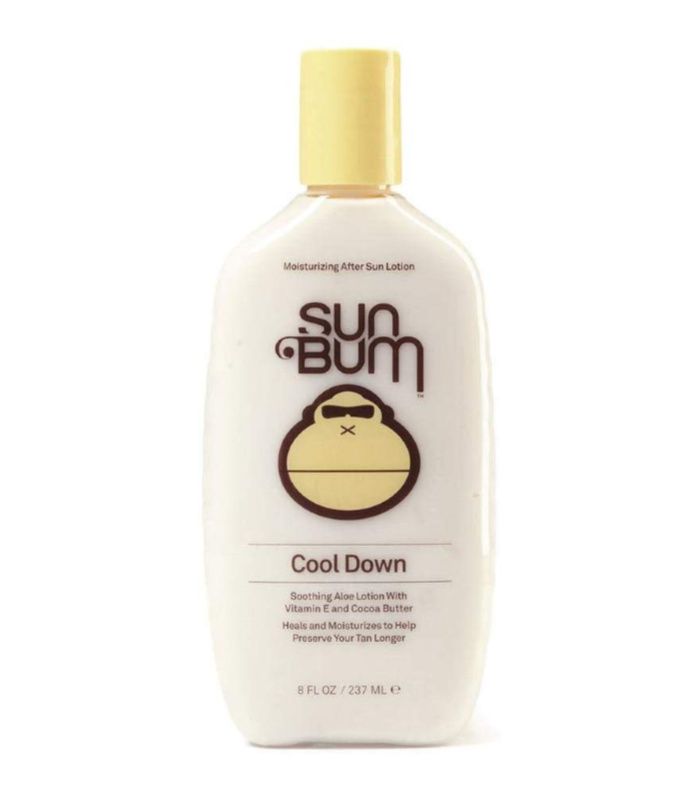 This after-sun aloe lotion also contains antioxidant ingredients (cucumber extract and vitamin E) and emollients (jojoba oil and cocoa butter) to increase the soothing and moisturizing effects. Just like the name says, it'll help your skin cool down after a long day outside, which is why it's one of our favorite after-sun products. 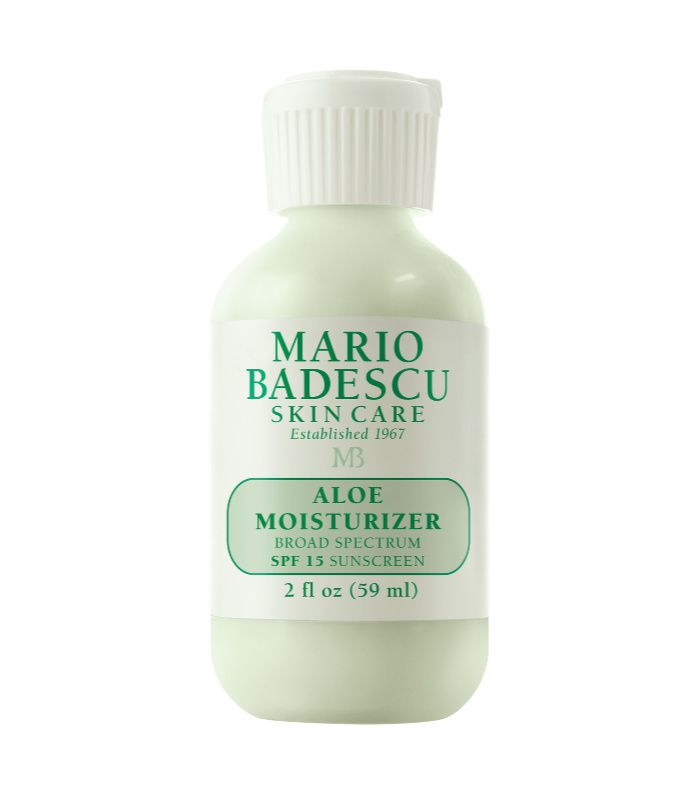 We especially love this soothing aloe face moisturizer for those who have acne-prone skin, thanks to its lightweight, oil-free formula that won't clog pores. 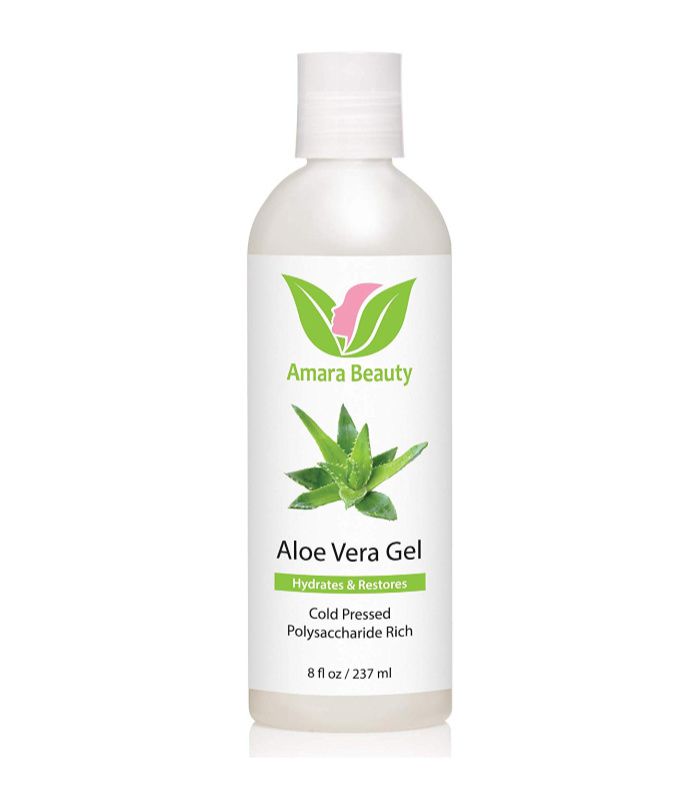 This gel product contains 99.75% aloe vera, so if you don't have access to a plant, this could be the next best thing. Unlike some aloe vera products, this gel is lightweight and non-sticky, which is why it has over 3,000 reviews and quite the following on Amazon.

The 13 Best Aloe Gels and Lotions to Soothe Irritated Skin