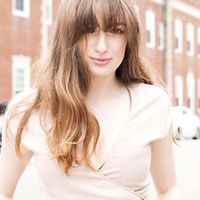 Almond milk is the trendy dairy alternative that we've all been adding to our morning lattes, but did you know that almond oil can be just as good for not only your skin but also your overall health? Apparently, we're late to the game—according to aesthetic doctor and oculoplastic surgeon Maryam Zamani, as ancient cultures used almond oil as a medicine to treat dry skin as well as hypertrophic scars and general skin rejuvenation. How have we just found out about this now, and where can we buy some? We consulted Dr. Kevin Mun, cofounder and Chief Scientific Officer of VENN; Rose Ingleton, MD, of Ingleton Dermatology; and Marie Hayag, MD, board-certified dermatologist and founder of 5th Avenue Aesthetics to find out.

Who should use it: In general, anyone with skin in need of calming and hydration.

How often can you use it: As often as you would any other oil, so about once or twice a day.

Works well with: Other oils.

Don’t use: If you have a nut allergy.

What Is Almond Oil?

The benefits don't end with skin. Zamani adds that there are also some serious almond oil benefits that happen internally. It contains anti-inflammatory and immunity-boosting properties, both of which are super useful for the colder seasons, as well as cardiovascular benefits that help to improve your body's cholesterol. Yeah, we're pretty impressed, too.

But it's not just for ingesting. "Almond oil is rich in vitamin D, vitamin E (Tocopherol), and various minerals that help soothe the skin from irritation, protect the skin from UV radiation damage and restore the skin’s moisture barrier," explains Mun. That's right, incredibly enough, there's even more to almond oil.

Benefits of Almond Oil for Skin

Side Effects of Almond Oil

"Avoid using almond oil if you have a known nut allergy," Ingleton emphasized. Putting it on your skin is almost as bad as ingesting it.

Sweet almond oil is available for sale on its own, and some people use it that way. "Since almond oil has a very slow skin absorption rate, it is good to use almond oil as a standalone ingredient directly on the skin," Mun explained.

It's good for your skin and hair, and if you're looking for as simple a product as can be, that's where to go. However, almond oil can be integrated into any product that needs a moisturizing component. "Because almond oil is rich with nutrients that help protect and soothe the skin, it is often used in baby skincare formulations," says Mun.

FAQ
Almond Oil for Hair: Benefits and How to Use It
Article Sources
Byrdie takes every opportunity to use high-quality sources, including peer-reviewed studies, to support the facts within our articles. Read our editorial guidelines to learn more about how we keep our content accurate, reliable and trustworthy.