Allantoin: The Soothing Skincare Ingredient You Should Get to Know

In the beauty world, we're a little guilty of over-hyping some ingredients and skincare products while overlooking others that deserve a little more praise. Take allantoin for instance. If you don't know much about it or haven't even heard of it, you're not alone. Despite all of its skin benefits—including moisturizing and soothing—allantoin flies pretty far under the radar. Because we think it deserves a little more recognition, we spoke to two dermatologists who helped us get acquainted with the skin-loving ingredient before it becomes the next beauty buzzword.

Find out everything you need to know about the benefits of allantoin below.

Type of ingredient: Moisturizer and exfoliator.

Who should use it: In general, those with dry, itchy skin looking for better skin texture and smoothness, regardless of skin type, age, or conditions.

How often can you use it: Can be used day in and day out without general side effects of any kind, according to Shamban.

Works well with: Herrmann says when used in scar creams, allantoin is often combined with ingredients like silicone and other emollients to amplify results.

Don't use with: Herrmann adds that combining it with other exfoliants could produce an exaggerated reaction, causing excess irritation, if strengths are too high.

Allantoin, also known as aluminum dihydroxy allantoinate, is an extract from the comfrey plant, which is native to temperate climates of Asia and Europe. According to Herrmann, it has potent healing and soothing properties, and for centuries comfrey leaves were used to help heal minor skin injuries and swelling. Additionally, it can be found in a variety of plants such as beets, chamomile, wheat sprouts, and even tobacco seeds. Shamban adds that although it can be extracted for cosmetic usages from most of these sources, more often it's the lab-created versions we find in products. "Both versions are safe and effective when used in advanced skincare and are becoming more and more popular for efficacy and results," Shamban says.

Allantoin comes in powder form and is found in many creams and liquids such as moisturizers, exfoliators, and masks. "Although rigorous scientific studies are lacking, there is anecdotal evidence that it helps moisturize the skin by exfoliating and removing dead skin cells that prevent natural humectants from binding and retaining water in the skin," Herrmann says.

Benefits of Allantoin for Skin

Allantoin is multipurpose and as Shamban puts it, "the kind of employee you want on your team—one who can multitask and with a full range of talents." Below, are eight ways allantoin can improve your skin.

Side Effects of Allantoin

In general, allantoin is non-toxic and safe for cosmetic use. "It's non-irritating, it is a gentle anti-ager in skincare and is good for most skin types, including sensitive skin or those with a range of skin conditions, because it has the additional functionality of being a calming agent," Shamban says. But Herrmann adds that it is possible for some people to be allergic to the ingredient, especially if used directly from crushed comfrey leaves, in which case it should be avoided.

Herrmann says because of its varied uses, allantoin should be applied according to how the product containing it directs. Shamban adds that generally, it's safe to use the ingredient on a daily basis.

The Best Products With Allantoin 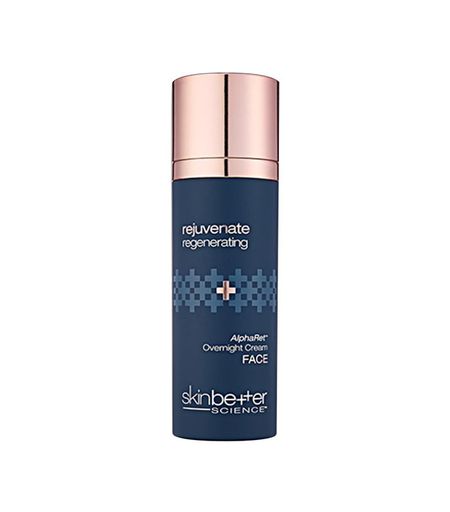 You'll be hard-pressed to find a beauty editor who doesn't rave about this impressive overnight cream. It strikes the perfect balance of effective exfoliation (with a powerful combination of retinoids and alpha-hydroxy acids) without the irritation (thanks to the soothing allantoin and niacinamide), which is why it's Shamban's top product recommendation. "The allantoin compounds such as allantoin glycyrrhetinic acid, which can mimic the effects of naturally-occurring allantoin, provide moisturizing and skin-nourishing benefits," Shamban says. 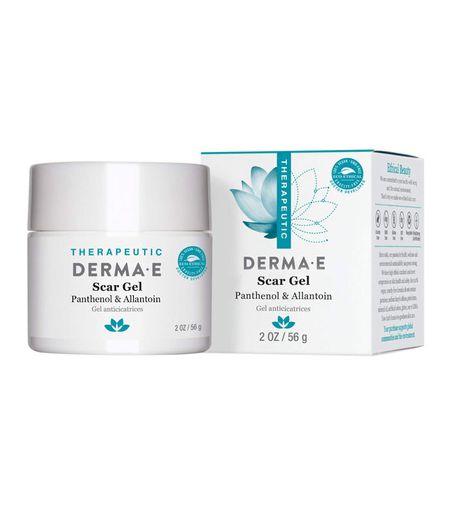 Taking full advantage of allantoin's wound-healing benefits, this scar gel works to soften the texture and discoloration of skin injuries. With the added ingredient panthenol (provitamin B5), it promises to effectively smooth and rebuild scars, and it comes highly recommended by Herrmann for that very reason. 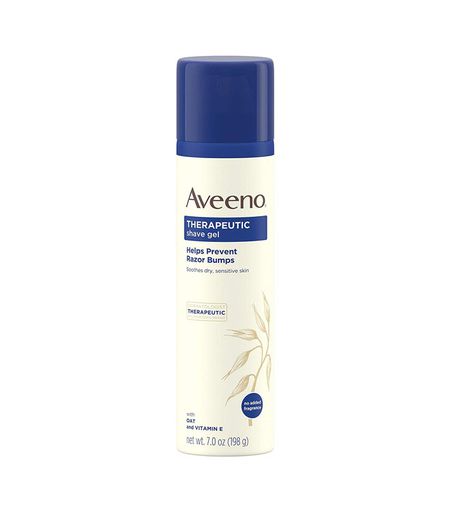 Allantoin is attainable for all budgets, and this ultra-affordable shave gel by Aveeno is the very proof of that. For those who commonly experience irritation when shaving, this formula is a must-try. "Allantoin in addition to aloe and oatmeal work synergistically to make this shave gel especially soothing for sensitive skin," Herrmann says. 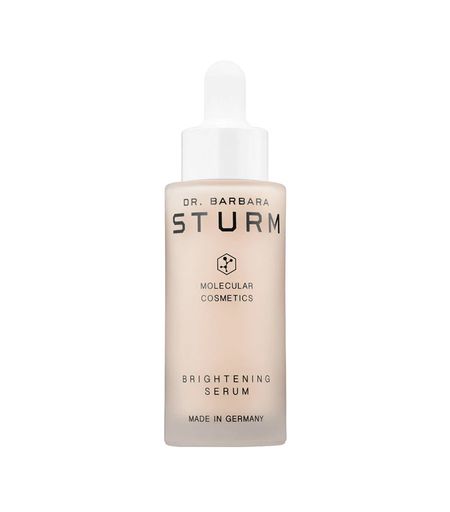 What makes this serum worth the hefty price tag is its ability to address a wide range of concerns from pigmentation to dehydration and irritation. "Its combination of potent antioxidants helps reduce pigmentation naturally while allantoin helps soothe and keep skin calm," says Herrmann. In addition to those ingredients, it also contains cress sprout extract meant for brightening benefits, plus an extra dose of hyaluronic acid meant for hydration. 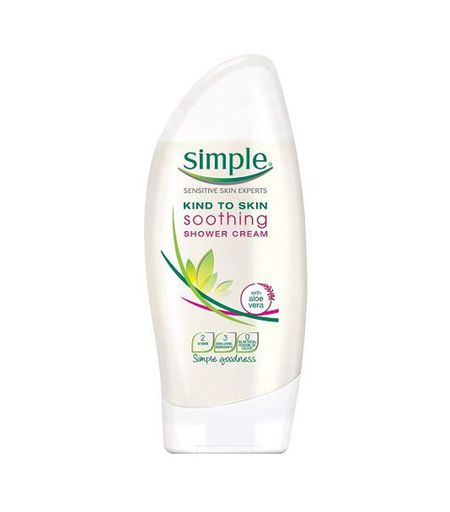 Some shower gels and soaps can strip the skin and leave it feeling tight and dry, but this creamy body wash, which contains allantoin, chamomile, provitamin B5, and vitamin E, does the opposite and soothes the skin as it cleanses. It's one of Herrmann's top picks for its ability to gently exfoliate and brighten even the most sensitive skin. 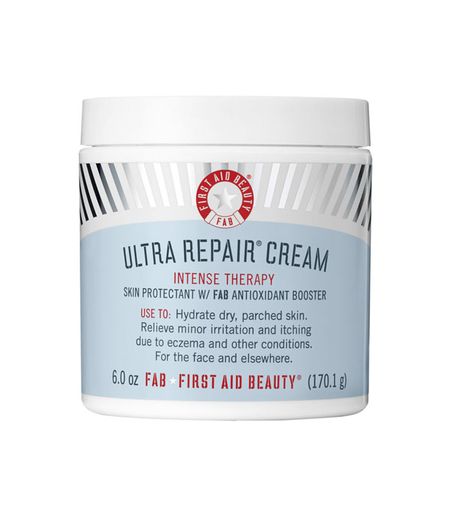 This rich moisturizing cream feels incredibly nourishing and hydrating on compromised skin, which comes as no surprise considering its soothing and replenishing ingredients: allantoin, oatmeal extract, and ceramides. It's designed for those with severe dryness or flakiness from psoriasis, eczema, keratosis pilaris, and dermatitis, which is why you'll find it on Byrdie's top moisturizers for sensitive skin. 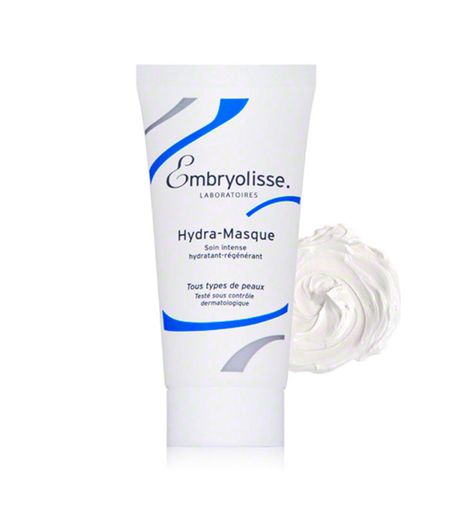 It's no secret that Byrdie editors are obsessed with this French skincare brand, but this mask, in particular, stands out for its intense hydration and ability to restore a dull complexion, thanks to ingredients like allantoin, hyaluronic acid, and panthenol. Not only does it create the look of healthy, glowy skin, but the mask also goes a step further to repair the skin barrier and lock in the replenished moisture.

FAQ
The 13 Best Lotions for Eczema of 2023
Article Sources
Byrdie takes every opportunity to use high-quality sources, including peer-reviewed studies, to support the facts within our articles. Read our editorial guidelines to learn more about how we keep our content accurate, reliable and trustworthy.