Medically reviewed by Julia A. Siegel, MD
Julia A. Siegel, MD is a board-certified dermatologist based in Boston, Massachusetts. She is a member of the American Academy of Dermatology and has authored several peer-reviewed journal articles and book chapters.
ABOUT BYRDIE'S BEAUTY & WELLNESS BOARD
Board-Certified Dermatologist
Reviewed by
Onyeka Obioha, MD 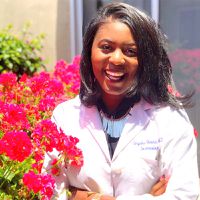 Reviewed by Onyeka Obioha, MD
Onyeka Obioha, MD is an LA-based board certified dermatologist and fellow of the American Academy of Dermatology, as well as a member of the Skin of Color Society.
About Byrdie's Beauty & Wellness Board
BOARD-CERTIFIED DERMATOLOGIST

While alcohol is never touted as the hero ingredient in any type of skincare product, the odds are good that there's some type of alcohol found in most, if not all, of the lotions, creams, toners, and/or serums you're currently using. Admittedly, there's a negative connotation when it comes to alcohol and skin (and there's good reason for that, which we'll get to shortly). But not all of the alcohols used in skincare are created equal. In fact, they're vastly different, and some can even do good things for your complexion. That being said, per the negative side of things, many of them do have some legitimately detrimental effects on the skin and it's worth at least being wary and trying to avoid them, if not eliminate them from your routine entirely. One of the biggest culprits? Alcohol denat, a commonly-used alcohol found in everything from serums, creams, masks, and toners. Ahead, cosmetic chemist and founder of Perfect Image David Petrillo, board-certified dermatologist Jessie Cheung of Cheung Aesthetics and Wellness in Illinois, Vanessa Johnson, a dermatologist from Health First, and board-certified dermatologist Annie Gonzalez, MD, FAAD, of Riverchase Dermatology in Miami, FL explain exactly why it's worth steering clear of this ingredient.

Main Benefits: Alcohol denat is largely used in skincare and cosmetics more for its formulation benefits, rather than having any actual positive effects on the skin. It helps products spread easily and absorb quickly and acts as a preservative, says Cheung. Because it removes oils from the skin, it can also help other ingredients penetrate better, adds Petrillo (though this is precisely what makes it so drying). This is also why it may occasionally be used to de-grease skin and as prep before a chemical peel, Cheung points out.

Who Should Use It: According to the experts we spoke with, it's generally an ingredient to avoid, though it's a major no-no for those with dry or sensitive skin.

How Often Can You Use It: It's best not to use it all, but if it's in one of your favorite products, use it sparingly, not more that once every two weeks, warns Johnson.

Works Well With: Many ingredients, hence why it's so commonly used.

Don't Use With: Again, you want to be cautious of alcohol denat to begin with, but because it does increase the penetration of other ingredients, be especially wary of products where it's combined with other potential irritants, such as fragrance, notes Gonzalez

What Is Alcohol Denat?

Also known as denatured alcohol, it's an alcohol that has any type of denaturant (or chemical agents that turn common alcohol into volatile alcohol), rendering it intolerable to taste or ingest, explains Petrillo. While alcohol denat is undrinkable, it is a choice ingredient for formulating products ranging from cosmetics to cleaning products, given all the aforementioned formulation benefits it offers.

It's important to note that while alcohol denat is a volatile alcohol that draws out the natural oils in the skin, it's very unlike fatty alcohols, which are actually non-irritating and do have legitimate benefits for the skin, notes Gonzalez. For example, "Stearyl alcohol is an emollient that traps moisture, while propylene glycol is a humectant that attracts water to the skin," she says. "Just because a product has alcohol in it doesn't mean you should avoid it altogether." Still, alcohol denat is one that, generally speaking, should be avoided.

Benefits of Alcohol Denat for Skin

On that note, "This ingredient doesn't really have any true benefits for the skin," says Johnson. "People with oily skin might like its effect because it can temporarily reduce oil and grease. However, it's essentially drying out the skin, and increased use can cause irritation and redness," she warns. In fact, frequent use of the ingredient can even increase oiliness—while it's often found in many spot treatments, points out Gonzalez, this can prove to be potentially problematic and end up exacerbating the issue for those with oily and/or breakout-prone skin: "Prolonged use of alcohol denat can enlarge pores and increase sebum production, resulting in greasy skin," she explains.

As mentioned, alcohol denat is commonly found in so many different types of products because of the way it makes said products feel. Its low molecular weight means it evaporates quickly so products absorb and dry faster; even thick and creamy products feel lighter and more matte to the touch, notes Petrillo. It's also why you'll often find it in gel formulations, which are known for their lightweight texture and cooling feel, adds Cheung.

Side Effects of Alcohol Denat

As mentioned, marked skin dryness is a major side effect of this ingredient. Alcohol denat strips the natural oils from your skin, disrupting the skin barrier, explains Johnson. This not only means more moisture can escape (AKA your skin will be dryer), but also that more irritants may permeate, potentially increasing the likelihood of redness and sensitivity. And to just drive the point home even further, this excessive drying of the skin can actually lead to a rebound-type of effect where your skin produces more oil to compensate, which could lead to increased breakouts, adds Cheung.

The bottom line here is that while there are valid reasons why alcohol denat is found in so many products, it can ultimately cause more harm than good and there are less harmful ingredients that fulfill the same function, says Johnson. Still, because it is so frequently used, avoiding it can be tricky; even products labeled for sensitive skin may sometimes contain it, she says. Your best bet is to read ingredient labels carefully. FYI, if you don't see alcohol denat listed, also check for SD alcohol, which stands for "specially denatured alcohol" and is often followed by a number and letter combo, such as SD Alcohol 23-A. The higher up it appears on the list, the more of it is in the formula, and the more drying that particular product will be, points out Gonzalez. She suggests that those whose skin is dry and/or sensitive make it a point to avoid the ingredient entirely. Otherwise, "monitor your skin for excessive dryness, especially if you're using a product that contains alcohol denat frequently," advises Cheung.

FAQ
Is Alcohol in Skincare Bad? We Asked Dermatolgists