My Mom's Secret to Looking Half Her Age

Erin Jahns
Erin Jahns is a hair, makeup, and nails expert and beauty editor with over five years of experience in the industry. She is currently the senior beauty editor at WhoWhatWear.
Byrdie's Editorial Guidelines
Medically reviewed by
Julia A. Siegel, MD

My 70-year-old parents are my superheroes. And while I used to think of their age as something to be feared—something scary that could only represent sadness, or more morbidly, accelerated tragedy down the line, I've since learned to celebrate and appreciate it. Both my mom and dad overflow with richness—constant curiosity, eerily on-point perceptiveness, and a non-relenting thirst for life, which, I'm convinced, is why they look and act half their age—especially my mom. (Sorry, Dad.)

When I tell people my mom's actual age (especially if they've met her face-to-face), they never believe me. And not in an Oh, I need to act surprised in order to be polite way. Nope—they're genuinely shocked and typically guess that she's (at least) 15 years younger than she actually is. I often forget myself, and it's only been more recently (as I've become more immersed in beauty and wellness because of this lovely job of mine) that it's become more of a point of fascination for me. Not only do doctors frequently tell her she's healthier than other patients half—or even a third—her age, but she also has the dewy, plump, glowy skin of a Michelangelo cherub and a shocking amount of passionate energy. How is she doing this? I often wonder when I'm home for a visit and can barely drag myself off the sofa.

Sure, genes may be at play here, but another little-known fact about my mom is that she takes exceptional care of herself—like, exceptional. And while she's pretty much always stayed out of the sun and taken care of her skin in that regard, it's the shifts in her wellness and beauty routine she began making in her 30s that she credits for her epic youth preservation (my words, not hers, of course). So I thought I'd conduct a little mother-daughter interview with her not only to selfishly glean all of her very best tips for myself but to share her strategies for aging gracefully with you all as well! Ahead, and (mostly) in her own words, my mom shares her personal prescription for feeling and looking almost half her age.

Even though my mom's diet has ebbed and flowed over the years, she's now settled into a healthy, balanced, and sustainable space which has not only aided in weight loss but increased her energy and quality of life.

"I'd always struggled with weight," my mom tells me over the phone. "I had tried many different diets—most of which were crash or fad diets, and several times had lost a significant amount of weight, even, unfortunately, if it was in an unsustainable way. Finally, when I approached weight loss from the standpoint of just eating healthier foods in smaller amounts, I began to see more permanent results."

Breakfast: Most days, she starts her day off with oatmeal (she mixes in healthy fats like ground flaxseed and/or peanut butter, a small portion of raisins or half of a banana, cinnamon, nutmeg, maca powder, collagen, and a quick pour of almond milk.) Then, to keep her blood sugar in check, and since she usually eats breakfast after exercising, she'll mix clean, healthy protein powder in with some water to drink on the side. "I think it's important, especially as you get older, to make sure you're getting the full range of amino acids your body needs in order to be able to repair itself and create new cells," she claims. She's also a fan of collagen, which is something I turned her onto earlier this year.

Lunch: Some kind of salad featuring a base of spinach and some cruciferous vegetables, tomatoes, beans, or hard-boiled eggs for slow-burning carbs and healthy protein, diced apple, and then a little bit of cheese, a sprinkle of seeds (like pumpkin or sunflower), and a light layer of some kind of clean, organic dressing.

Dinner: A homemade soup—cuteness aside, this has become a comforting ritual for my parents ever since they both retired. They'll sit down together before going grocery shopping and find (or sometimes even create) a healthy soup with some kind of grain (brown rice, whole-wheat pasta, barley), protein (lean-cut sausage or chicken), and a whole lot of veggies.

Overall, maintaining a diet with zero to no added or processed sugar (she actually has a heart condition in which she can't consume it regardless, but that's a whole other story); prioritizing organic, non-processed options; selecting high-quality or plant-based proteins; incorporating some fruit and lots of vegetables; and eating natural sources of prebiotics and probiotics (sauerkraut, yogurt, kefir, and a supplement) is the ultimate "beauty" diet which has helped my mom feel her absolute best as she's gotten older.

My mom will be the first to tell you she drinks lots and lots of water. (And I'll be the second.) My mom is one of those people who are devout sticklers when it comes to believing there's a correlation between healthy skin and water intake. (If you saw her skin, you'd be a believer too.) And aside from her aforementioned protein/water elixir in the morning, water is pretty much the only thing she drinks. (Alcohol, caffeinated beverages like soda and coffee, and juices—even green ones—aren't her cup of tea.)

"I mainly stick to water. Lots of water," she says. "Since my mother was an alcoholic, I have stayed away from alcohol for most of my life. Plus, over the years, I've realized it's a strong depressant for me, so cutting down has been pretty easy. As far as juices, I know some people believe in them, but since most are saturated with sugar, I steer clear."

"I was pretty much a couch potato until my early 30s," my mom confesses. "I'd been a dancer when I was young, but I had never been involved in athletics in any other way. But back then (we're talking the '60s, people), girls didn't have the opportunity to participate in any sports teams. However, in my early 30s, I became interested in health and wellness and decided I needed to participate in some kind of wellness program. I started with a dancercise class, which I enjoyed, and then when I got married, my husband was a jogger.

"At first, the thought of jogging didn't appeal to me in the least, but he kept encouraging me. The first time I went for a run, I was able to go about a block and then had to stop. I gradually built up to two miles a day, which I continued doing three to four times a week until I retired. I'd also been reading about the importance of strength training and started alternating strength training exercises with my jogging days. I noticed such an improvement in how I felt that I began exploring other things I might do to improve my health. As I've gotten older, I've swapped out running for 10,000-step walks in the morning (every other day) but have still kept up the strength training. I try to remain consistent and usually do one or the other roughly five days a week depending on my schedule."

"In my 30s and 40s, I began teaching a variety of wellness classes (stress management, beginner's yoga, strength training) at a community college in addition to an English class, which I'd previously been teaching on a part-time basis. I also collaborated with a work colleague to develop a broader wellness class. The syllabus we created for the class eventually became the basis for a book we co-authored.

"I also began to explore the dynamics that had been part of my family and which had shaped me thus far as a person. Essentially, I began facing some of my demons, which felt like a real breakthrough and which has helped me to heal and grow—even as I've gotten older. My mother was an alcoholic, and I began exploring how that had impacted my behaviors. A wonderful man named Earnie Larsen led seminars for Adult Children of Alcoholics, and my daughters have heard many of his words of wisdom over the years, such as, 'If nothing changes, nothing changes.' and 'Who's driving the bus?' [Ed. note: 'Tis true.] I also read many books on the subject. Two other books influenced me greatly: Richard Leider's The Power of Purpose and Albert Ellis's book A Guide to Rational Living."

#5: Explore a Sense of Purpose

After retiring from her job working in television a few years ago (in addition to all the above—badass, I know), my mom began to focus more on her passion for beauty—something she'd always loved but didn't have the time or capacity to explore. And of course, she's remained interested and fascinated by health and wellness. She's started a truly inspiring second career as a makeup artist, specifically focusing on helping women 50 and older "to get their glow back." She even started her own business, Boomer and Beyond Beauty, and also writes monthly articles on makeup for baby-boomer women for Sixty + Me.

"Having a sense of purpose is crucial for me," she explains. "I am also fortunate to have the opportunity to host a monthly podcast for the Integrative Health and Education Department at a wonderful community college in Minneapolis. I get to research and select my guests, read their books, and interview some brilliant women and men on a variety of health and wellness topics—from the importance of feeling gratitude and forgiveness to yoga and stress management. To say it's rewarding would be an understatement."

#6: Be Strategic With Skin and Sun Care

My mom has the skin of a porcelain doll and, mind you, has never so much as even stepped into the office of a dermatologist or come within a foot's radius of a syringe. Instead, she attributes her poreless, barely wrinkled complexion to all the tips above and, of course, a really epic skincare routine—something she's honed over the last few years in addition to her longtime habit of staying out of the sun and applying copious amounts of sunscreen practically as a religion. (She also has quite the collection of very adorable hats.)

"I've honestly just done a lot of my own research," my mom laughs into the phone. "Moisturizer and sunscreen are key! For basics, I use a paraben-free cleanser both morning and night, and then a couple of times a week, I make sure to exfoliate with Tatcha's Rice Enzyme Powder ($65).

Oh, and for nighttime only, I'll also use a retinol." 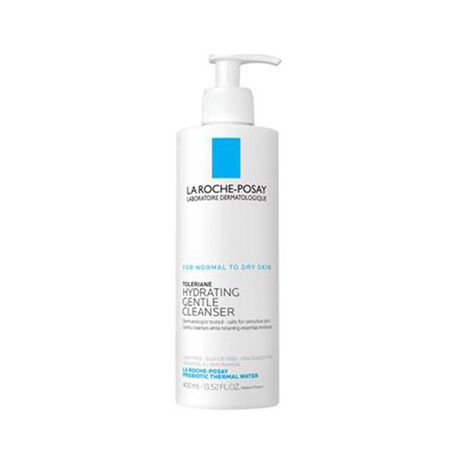 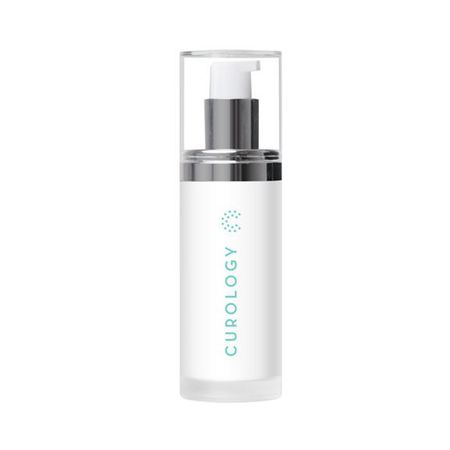