I Tried the Activated Charcoal Hangover Pill Everyone Is Talking About

Deven Hopp
Deven Hopp is an experienced writer and editor with over five years of experience covering the beauty industry for sites like Byrdie and Makeup.com. She is currently the brand director for Versed Skincare.
Byrdie's Editorial Guidelines
Medically reviewed by
Brooke Alpert, MS, RD, CDN

A more accurate title for this story could be “I Tried the Activated Charcoal Hangover Pill Everyone Is Talking About and Forced Four of My Friends/Roommates on a Bachelorette Weekend to Take It With Me.” But I suppose that’s a little lengthy—true, but lengthy. TBH, it seems as if activated charcoal claims are never-ending. It's a powerhouse in the beauty industry and I'm all in for the supposed detoxifying benefits. But when I heard that this powerful ingredient might help with hangover prevention, I knew of just the right opportunity to see if that claim is actually true.

What Is Activated Charcoal?

Activated charcoal is a highly absorbent material with millions of tiny pores that capture, bind, and remove up to 100 times the molecule's weight in toxins.﻿﻿

As I prepared to hop on my flight for a celebratory (and boozy) weekend with my girls, I knew it was time to put these little black tablets to the highest test possible: a bachelorette weekend in Vegas.

Keep reading to find out how I fared when I tried activated charcoal for hangovers.

What Is Activated Charcoal?

Activated charcoal, in tablet form, can help counteract ingested poisons and remove up to 100 times the charcoal’s weight in toxins.﻿﻿ First of all, a brief overview of how it works. According to Marra St. Clair, a board-certified nutritional consultant, health coach, and cofounder of Project Juice, activated charcoal has been a key part of Chinese, Ayurvedic, and Western medicine for over 10,000 years as a way to absorb and eliminate toxins in the body that come from our food and environment.

Niket Sonpal, MD, a New York-based internist and gastroenterologist and an adjunct professor at Touro College, says the ingredient has been used in medicine for quite some time. "Activated charcoal is a black powder that is odorless and is available for oral consumption—it is also used as a possible first step in emergency rooms to treat overdoses of drugs and alcohol that may still be in the stomach," he says. "The method is less effective if substances have already gone into the bloodstream. Its toxin-absorbing properties have made it a fad in recent years, but there is limited research to support all of its purported benefits outside of emergency rooms."

So while the activated charcoal pill won’t absorb the alcohol or prevent you from getting tipsy (a win or lose depending on how you look at it), an activated charcoal hangover pill may be able to carry the bad stuff out, sooner. Intriguing.

One of the nasty side effects of a hangover? GI issues. Which, it turns out charcoal can help with. "We think activated charcoal helps to improve discomfort from intestinal gas, but researchers have only theories as to how it accomplishes this task," says Sonpal. "The main theory is that liquid and gas ingested or produced in the GI tract pass through the pores of the charcoal, and this neutralizes the gases. In other countries, researchers feel they have enough supportive data to corroborate the benefit of activated charcoal in helping defuse excess gas."

Charcoal has been one of the hottest skincare ingredients in recent years (fighting acne and dullness like no other, according to some), and its use isn't limited to the skin. Claims for activated read as follows: It whitens teeth, cleans your hair, promotes a healthy digestive tract, detoxes your face, and more. High on the “and more” list for me is hangover prevention. Without thinking twice, I went to Whole Foods and picked up a bottle of activated charcoal pills to *hopefully* combat an upcoming and inevitable hangover I was sure to encounter before the weekend was over.

How To Prepare to Take Activated Charcoal Tablets

I’ve heard of people taking up to six charcoal pills at a time. The directions, however, said to take two, so that's what I did. Feeling guilty about the possibility of waking up feeling fresh as a daisy while leaving my friends in post-club-night agony—and also wanting to expand my experiment’s sample size—I offered them to my roommates for the weekend.

We all washed down our little black tablets with a proper mimosa (it’s just a splash of OJ, am I right?) and headed out for the day’s festivities, which, for the most part, included a boozy brunch followed by an even boozier day at the pool. (This feels like an appropriate time to remind you I was at a bachelorette party and is not an accurate depiction of my typical weekend plans.) The festivities carried on as afternoon turned into evening and evening turned into late night. Needless to say, we celebrated our bachelorette very well.

What To Expect the Next Morning

While my roommates and I may have been a little late to boozy brunch round two, I attribute that to my long skincare routine and inability to dress for the weather (sandals on bottom and fur on top—good look, no?)—not to staying in bed. Making my rounds at brunch, it was clear that Room 5802 was in much better shape than at least half of our party. Some had tales of late-night/early-morning trips to the restroom. Others were simultaneously drinking ice water, Diet Coke, and coffee while refusing to remove their sunglasses. I, on the other hand, enthusiastically ordered a Bellini (“bottomless, please”).

As someone who rarely wakes up from a night of drinking without some sort of headache, I was pleasantly surprised at how normal I felt. Perhaps it was the placebo effect, but I was already starting to believe in the activated charcoal hangover pills. But my experiment wasn’t over: We still had 24 more hours in Vegas, so I decided to embark on day two of my hangover prevention experiment. 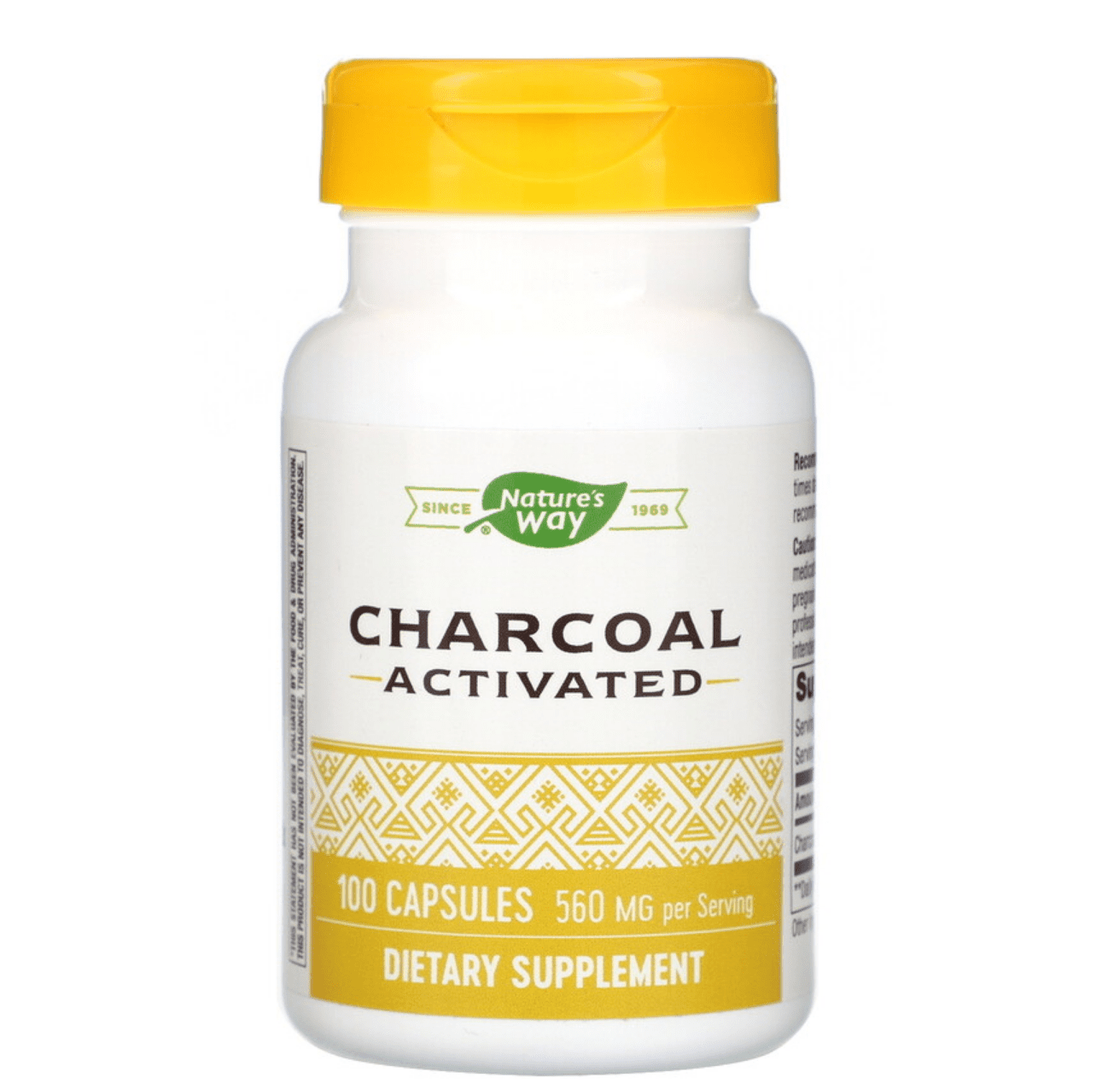 On day two, my roommates were far less skeptical and, in fact, actually eager to pop some charcoal. (Remember: It's meant to act as a hangover prevention tool, not a hangover cure.)

Day two’s activities were a bit tamer than day one’s (though I suspect our total alcohol intake was the same if not more due to the earlier start). And it’s not like I spent this weekend sipping vodka sodas. We’re talking sugary mimosas and cocktails, so it’s fair to say I put these little black pills to the ultimate test.

The next morning was admittedly slower-moving than the previous one. But I felt more tired than hungover. And shockingly, other than a load of exhaustion, I felt great considering the previous day's activities.

After two late nights in a row, my grandma body that’s used to going to sleep at 9:30 p.m. was worn out. The remaining partygoers—who, for better or for worse, were on late-afternoon flights—ventured out for one final meal.

You may think after 48 hours of Vegas-ing, we would be repulsed by the sight of alcohol, but alas, no. Our final meal consisted of five rounds of mimosas (the best ratio of the weekend), and some of us may or may not have continued to drink that afternoon.

Now, I’m not claiming to have felt 100 percent the next day back at work. But again, I was exhausted more than anything else. I can honestly say over the entire weekend, I never felt hungover. I consulted the other participants in the experiment, and they came to the same conclusion: Activated charcoal pills seem to work when it comes to hangover prevention.

Unfortunately, the science doesn't exactly back this up. "The best way to avoid a hangover is moderation in terms of alcohol, and lots of water," notes Sonpal. "The research does not support activated Charcoal's effect on subsiding hangovers or preventing them, and more research would have to be done. Alcohol is just absorbed into the bloodstream too quickly for Charcoal to help if taken after or taken the next morning. Hangovers are caused by the dehydration and strain of excess alcohol in the body's digestive and central nervous systems, thus sticking to water as a preventative measure is a good idea."

If you google “activated charcoal pills for hangovers,” you won’t find any scientific studies substantiating these claims. But you will find plenty of people who swear by the prevention tactic. So to sum up, I don’t know why they work, but I do know I’ll never head to a cocktail party without them again.

Turns Out Your Charcoal Skincare Products Might Not Be Doing All They Claim
Article Sources
Byrdie takes every opportunity to use high-quality sources, including peer-reviewed studies, to support the facts within our articles. Read our editorial guidelines to learn more about how we keep our content accurate, reliable and trustworthy.
Featured Video