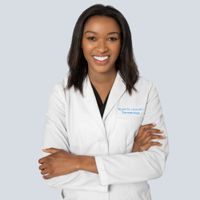 Acne Keloidalis Nuchae is a common disorder that is seen most commonly in male patients with naturally coiled and coarse hair patterns, particularly Black and Hispanic men. The condition presents with acne-like breakouts on the posterior scalp. Over time, the recurrent bumps can create scarred patches. Despite how common this disorder is, there are not enough reliable educational resources for how to recognize it, how to minimize it, and how to treat it. To fill this void, I called up one of my favorite board-certified dermatologists, Dr. Rawn Bosley, MD, to create the below guide on everything you need to know about acne keloidalis nuchae.

Rawn Bosley, MD is a board-certified dermatologist and dermatologic surgeon. His professional interests include medical, surgical and cosmetic dermatology. Dr. Bosley has authored several journal articles on skin cancer treatment and surgery in the Journal of Dermatologic Surgery as well as other articles and textbook chapters on various topics in a variety of scientific publications.

What Is Acne Keloidalis Nuchae?

Acne-keloidalis nuchae is a scarring form of hair loss that is seen most commonly in men of African descent, including African-Americans, Afro-Carribeans, and Afro-Latinos. Women, prepubertal boys, and men over 50 years old are rarely affected. There is a range of symptom severity, with early stages presenting with recurrent acne-like papules and pustules, typically on the posterior scalp. In later stages, the acne-like breakouts coalesce together to form broad keloid-like scars in the affected area. Since the scarring process destroys the hair follicle, this also results in permanent hair loss in the scarred area. The condition can be itchy, painful, and socially isolating.

Acne keloidalis nuchae is a complex disease that is not fully understood, but there are known intrinsic and extrinsic factors that determine the course of the disease. The two most important takeaways from this section are

Okay, now let’s elaborate on those two points with the help of Dr. Bosley.

The lifestyle changes above will help to decrease acne keloidalis nuchae, but most people will need some degree of medical management. Depending on the severity of symptoms, that may be a weekly topical or routine in office visits. Dr. Bosley explains the treatment philosophy of acne keloidalis nuchae to his patients like this – “Imagine the scalp as a forest and each hair on the scalp is a tree amongst thousands of trees in the forest. Our goals are to prevent the metaphorical fire from starting in your forest and to control or extinguish the fire before it spreads and worsens.”

To grossly simplify the pathogenesis of acne keloidalis, short haircuts increase the chances of ingrown hairs. Ingrown hairs present with pain, itching, and inflammation. Inflammation is further increased by dandruff, scratching, attempted pimple popping, and the wearing of irritating clothing designed to camouflage this disorder. Because those most prone to acne keloidalis nuchae (those with tightly coiled hair of African descent) are also those most prone to the development of keloids, this inflammation eventually results in the development of keloidal plaques with permanent destruction of the hair follicle and hair loss.

Acne keloidalis nuchae does occur in those with longer hair, but for some, adopting a longer hair style can significantly decrease the symptoms of acne keloidalis nuchae. It’s a simple enough action if you ignore the very real pressure on men of African descent to fit into a “clean, tidy, and harmless” stereotype. Hair discrimination in the workplace is real and it affects men and women.

For those who prefer not to or are unable to adopt a longer hairstyle, the additional treatments below will be helpful.

Of note, for those who would like to adopt a longer hairstyle but are limited by workplace requirements, “medical exemptions can be obtained from a physician to help avoid occupational hazards for acne keloidalis nuchae such as wearing hard hats or being required to have close haircuts.”

Prescription or over the counter dandruff shampoos are useful in an acne keloidalis nuchae treatment routine because they decrease inflammation on the scalp and decrease itching. I recommend Dove dermacare scalp shampoo several times a day to patients and friends.

Depending on the severity of your symptoms, your board-certified dermatologist may recommend some combination of topical, oral, and intralesional (scalp injections) treatments. Often, treatment is more frequent and aggressive for active disease. Once the condition is deemed under control, treatment can slow to a less frequent pace designed to prevent a relapse. Since this condition has many triggers, there will likely be a cycle of more frequent and less frequent treatments to control and prevent flares.

Acne keloidalis nuchae is not directly caused by bacteria, but the lesions are at high risk of becoming infected, especially when chronically rubbed and/or picked. Even when not infected, certain skin bacteria play a role in increasing inflammation, so antibacterial treatments are help in the treatment of acne keloidalis nuchae. Dr. Bosley recommends “the use of antimicrobial cleansers containing ingredients such as benzoyl peroxide or hypochlorous acid” to reduce the gaslighting effects of skin bacteria.

With routine use, topical retinoids, alpha hydroxy acids, and/or beta hydroxy acids can help exfoliate the top layer of skin to safely dislodge ingrown hairs. Retinoids also help to thicken the scalp, decreasing the frequency and severity of ingrown hairs. Since these can also be irritating, it is a good idea to hold the week before a haircut.

Dr. Bosley notes that in specific cases, laser treatments “can thin hairs thereby reducing the risk of ingrown hairs” and/or eliminate papules that are resistant to medical treatment.

In later stages of acne keloidalis nuchae, injections of anti-inflammatory treatments and cryotherapy may be helpful to shrink the size of the keloid plaque. For those with late-stage acne keloidalis nuchae with scar formation, the keloidal plaque can be removed surgically. However, this should be done with a surgeon who is experienced in this treatment, since there is a risk of developing a keloid surgical scar.

I'm Black—Is It Possible For Me to Sunburn? A Dermatologist Explains
Featured Video
Article Sources
Byrdie takes every opportunity to use high-quality sources, including peer-reviewed studies, to support the facts within our articles. Read our editorial guidelines to learn more about how we keep our content accurate, reliable and trustworthy.