With trendy new diets cropping up almost daily, separating truth from fiction can feel harder than navigating the kombucha aisle. Can a three-day raw-food diet really help clear your acne? Will chugging a magic shake once a day give you a body like Bella Hadid’s? Will you look like Kim Kardashian after following the low-carb, fat-burning Atkins diet? Probably not, but we’re game to try everything and report on the results. (No need to thank us. We consider it our civic duty.) Which leads us to the topic of detoxing—more specifically, the "anti-detox." Is there a way to reset your body, mind, and metabolism that is just as healthy and sustainable as it is effective?

After a month of full-on treating myself (for me, the cold weather necessitates more than just cuffing), I was feeling bloated, exhausted, and decidedly less glowy than usual. I wanted a plan that properly reset my body, mind, and metabolism but wanted it to be healthy (not starving myself) and sustainable (again, not starving myself). I reached out to Farah Fahad, MS, RD, dietitian and founder of The Farah Effect, to get started.

We discussed my objective—the anti-detox—to forget about fad-dieting and short-term tricks and create a plan that's genuinely helpful and good for my body. But—and this is a big but—there had to be visible results in just three days. Instant gratification (at least a little bit) is really important for keeping up my willpower. According to Fahad, "Biochemical nutrition is 10 percent physical and 90 percent mental." Fahad was quickly on board, and we got started.

Read on for more about my three-day detox experience.

What Is a Detox?

Simply put, a detox is the removal of toxic substances from your body. It's a short-term dietary intervention that aims to improve health and can promote weight loss. This can be done for a number of reasons—most notably, for drug rehabilitation or weight loss—but it's also popular among those just looking for a reset.

A short-term detox, like the one I intended to embark upon, would eliminate toxins via dietary intervention. In other words, I would remove problematic foods from my diet (such as those that could trigger inflammation) and add ingredients that would help aid my digestive system.

Benefits of a Detox

Weight loss is a side effect of a dietary detox—that tends to happen when you eliminate the bad stuff from your diet—but it isn't always the end goal. Removing inflammatory foods and beverages from your diet can also lead to clearer skin and improved mental clarity. The idea is that, by giving your digestive system a break, your body is better able to absorb nutrients, and you feel healthier, as evidenced by a study.

What to Eat During a Detox

In order to see results as promptly as I was hoping to, Fahad suggested we work on inflammation. We decided to focus on foods and ingredients that work to de-bloat, de-puff, and expel water weight. First on the list was taking a daily turmeric tablet in the morning. Research shows that consuming turmeric can help relieve symptoms of digestive inflammation among other ailments. 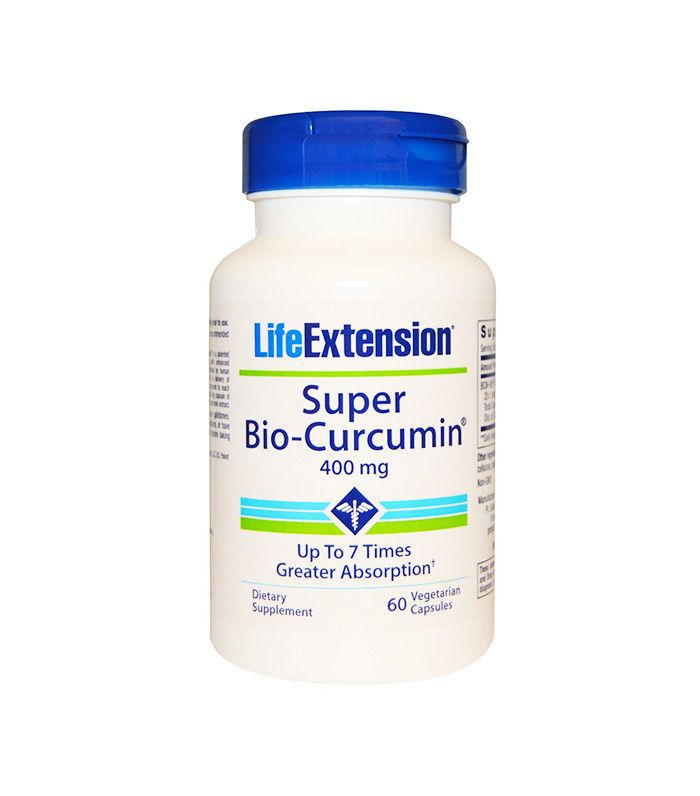 Fahad had me detail my food and drink consumption on a normal day. I told her about my coffee with milk and Splenda in the morning, Caesar salad with chicken for lunch, and anything from Chinese takeout (my favorite) to Thai food to pizza, or, when I'm feeling really on top of things, a homemade salad or quinoa bowl for dinner. In between, I usually munch on free office snacks like popcorn, apples, and pretzels.

First, Fahad told me it was time to start eating breakfast: "It's important to eat in the morning for energy so your blood sugar doesn't drop. When your blood sugar drops below a certain level, you become irritable and choose to eat more throughout the rest of the day." She suggested for the duration of my detox I eat a handful of toasted raw almonds with my coffee. As for coffee add-ins, she suggested I use almond milk, Manuka honey, or coconut oil.

For lunch, Fahad said I could cut out the tortilla chips but continue to eat my usual salad and even add brown rice or sweet potatoes to keep it hearty. She also suggested I only eat fruits and vegetables between meals—nothing packaged. She told me apples, grapefruit, and berries are great for this purpose because they have a low glycemic index.

Fahad told me to cut out the takeout for dinner and cook at home, so I would know exactly what I was eating. She did, however, tell me that if I went out, I could text her a photo of the menu to help narrow down the choices. That's commitment. She suggested an easy-to-follow but perhaps far less exciting equation for my dinners: protein plus vegetables plus salad. Other than that, the only other rule was I had to drink at least double the amount of water I had been consuming each day (approximately three liters).

What to Expect During a Detox

I woke up on day one of the detox and fixed my usual cup of coffee, adding a tablespoon of coconut oil. I kid you not, it was absolutely delicious.This is going to be so easy, I thought as I toasted my serving of almonds. I was full until lunch, which isn't out of the ordinary, as I tend to not eat breakfast regularly. After lunch, however, all I could think about was eating package after package of the gratis string cheese we keep in the fridge. It goes against two of Fahad's rules—no packaged foods and only one serving of cheese. (I had Parmesan in my Caesar salad). I made it through the 4 p.m. slump only slightly devastated.

Suffice to say, the end of day two left me jonesing for my usual Chinese takeout. "Keep it healthy," Fahad had said, and her voice rang in my head as I perused the online menu at my favorite spot. So, I peeled and sliced butternut squash, zucchini, broccoli, carrots, green beans, and eggplant, and tossed them with low-sodium soy sauce and a little bit of olive oil. After roasting, boiling, and sautéing it all together—the entire process took about 20 minutes—I sat down with my meal. It was filling, tasty, and satisfied my cravings until the next morning.

I woke up on day three feeling satisfied and visibly less bloated. I listened to music while I prepared my coffee and coconut oil and imagined this is what it's like to be one of those healthy people. I even threw in a couple of stretches and sun salutations to really drive the point home. After a few hours in the office, I stopped by an event for Bobbi Brown's book, Beauty from the Inside Out, where we (conveniently) sat around discussing, and eating, healthy food. I chowed down on all the locally sourced ingredients, happier than ever about my newest lifestyle change.

I finished the third day feeling lean, happy, and properly hydrated. My jeans were roomier, and while I wasn't as worried about losing weight, I could tell I had. My oft puffy under-eye circles had improved, and my skin was glowing. How's that for instant gratification? After my successful three days on the program, I decided to stick with it for three months. That's the amount of time Fahad suggests you take to break a habit—and trust me, I have plenty of those. "Over time, you will continue to see improvements," Fahad explains. "The body responds well to consistency—the more consistent you are with good eating habits, the better the results will be."

Though the aim of a detox is to help you feel better, most of us wind up feeling worse—at least, in the beginning. Headaches, irritability, and fatigue are all common side effects of a detox diet. And weight loss results might not last forever. In fact, a 2017 study found that those who saw an initial weight loss brought on by a lower intake of calories tended to gain it back once they resumed a normal diet.

My overall takeaway? Detoxing in a healthy and sustainable way is far easier than I anticipated. Before I began, Fahad told me, "You will feel lighter, your face will look brighter (and your waist a little smaller), your energy levels will be better, and you should have improved digestion and sleep. This plan gives your body more nutrients, vitamins, and minerals than you were ingesting before."

It dawned on me how much easier the entire process was because I had Fahad as my support system. She made herself available for late-night texts, menu questions, and a ton of valuable advice. Get a friend to go through the process with so you can hold each other accountable, or click over to Fahad's site for recipes and helpful information.

8 Easy Ways to Detox Your Body in Just 24 Hours